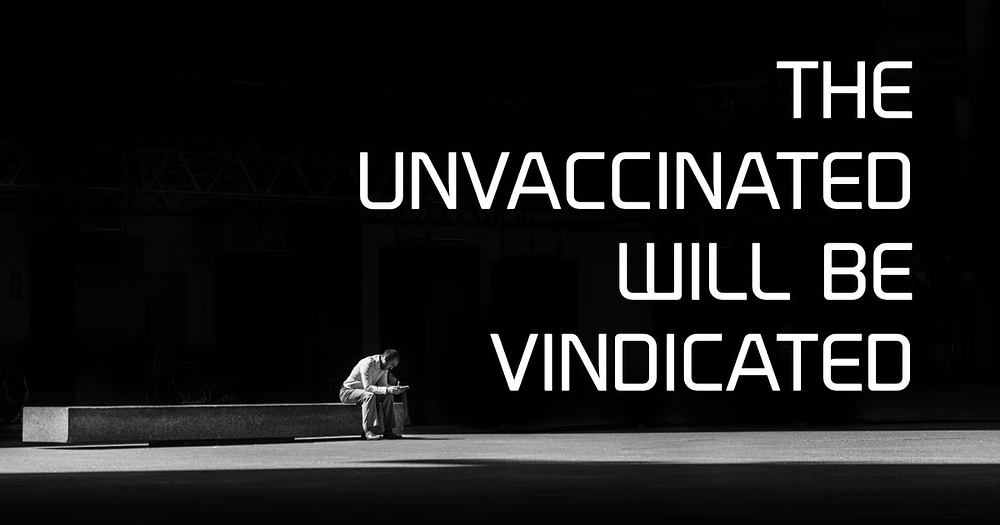 The self-directed critical thinkers will appreciate the brilliant thoughts penned by an authentic journalist. I loved the empathetic, wholesome perspective shared by Australian author, Susan Dunham in the article because it resonates with my experience also.

The script of the article comes to life read by Del Bigtree in this 4 minute video:

What We Learned by Hating the Unvaccinated

The battlefield is still warm, following Canada’s war on the unvaccinated. The mandates have let up, and both sides stumble back into something that looks like the old normal — except that there is a fresh and present injury done to the people we tried to break.

And no one wants to talk about it.

Only weeks ago, it was the admitted goal of our own leaders to make life

for the unvaccinated. And as a deputized collective, we force-multiplied that pain, taking the fight into our families, friendships, and workplaces. Today, we face the hard truth that none of it was justified — and, in doing that, uncover a precious lesson.

It was a quick slide from righteousness to cruelty, and however much we might blame our leaders for the push, we’re accountable for stepping into the trap despite better judgement.

We knew that waning immunity put vast numbers of the fully vaccinated on par with the shrinking minority of unvaccinated, yet we marked them for special persecution. We said they hadn’t “done the right thing” by turning their bodies over to state care — even though we knew that principled opposition to such a thing is priceless in any circumstance. And we truly let ourselves believe that going into another ineffectual lockdown would be their fault, not the fault of toxic policy.

And so it was by the willful ignorance of science, civics, and politics that we squeezed the unvaccinated to the degree that we did.

We invented a new rubric for the good citizen and — failing to be one ourselves — took pleasure in scapegoating anyone who didn’t measure up. After months of engineered lockdowns, having someone to blame and to burn simply felt good.

So we cannot hold our heads high, as if believing we had logic, love, or truth on our side while we viciously wished death upon the unvaccinated. The best we can do is sit in the awareness of our rabid inhumanity for having cast so many aside.

Most of us who pilloried the noncompliant did it because it seemed like certain victory, like the unvaccinated would never make it through unbroken. Indeed, the promised new normal looked unbeatable, so we sided with it and made punching bags out of the holdouts.

But betting against them has been a scathing embarrassment for many of us who’ve now learned that the mandates only had the power we gave them. It was not through quiet compliance that we avoided endless domination by pharmaceutical companies and medical checkpoints at every doorway. It was thanks to the people we tried to tear down.

So for those of us not among the hopeless few that pray for the return of mandates, we might find some inner gratitude for the unvaccinated. We took the bait by hating them, but their perseverance bought us the time to see we were wrong.

It seems right now like the mandates will return, but this time there’s hope that more of us will see them for what they are: a rising authoritarianism that has no concern for our wellbeing.

If there’s an enemy, it’s the confidence game of state power and the transparent attempt to tear us apart. Heeding that looks like our best shot at redemption.